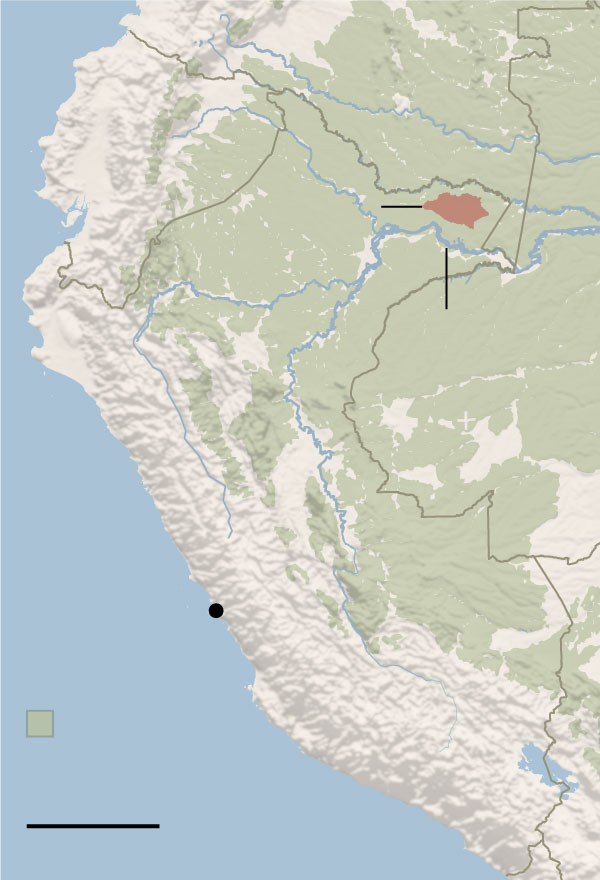 Peru Moves to Protect ‘One of the Last Great Intact Forests’

The remote rain forests in Peru’s northeast corner are vast — so vast that the clouds that form above them can influence rainfall in the western United States. The region contains species, especially unusual fish, that are unlike any found elsewhere on Earth. Scientists studying the area’s fauna and flora may gain insights into evolutionary processes and into the ecological health and geological history of the Amazon.

Now the area has become home to one of the Western Hemisphere’s newest national parks. Yaguas National Park will protect millions of acres of roadless wilderness — and the indigenous people who rely on it — from development and deforestation.

“For now, Yaguas is safe, but in the 20 years I’ve been working in the Amazon, I’ve learned the hard way that today’s remoteness is tomorrow’s access,” said Gregory Asner, an ecologist at the Carnegie Institution for Science.