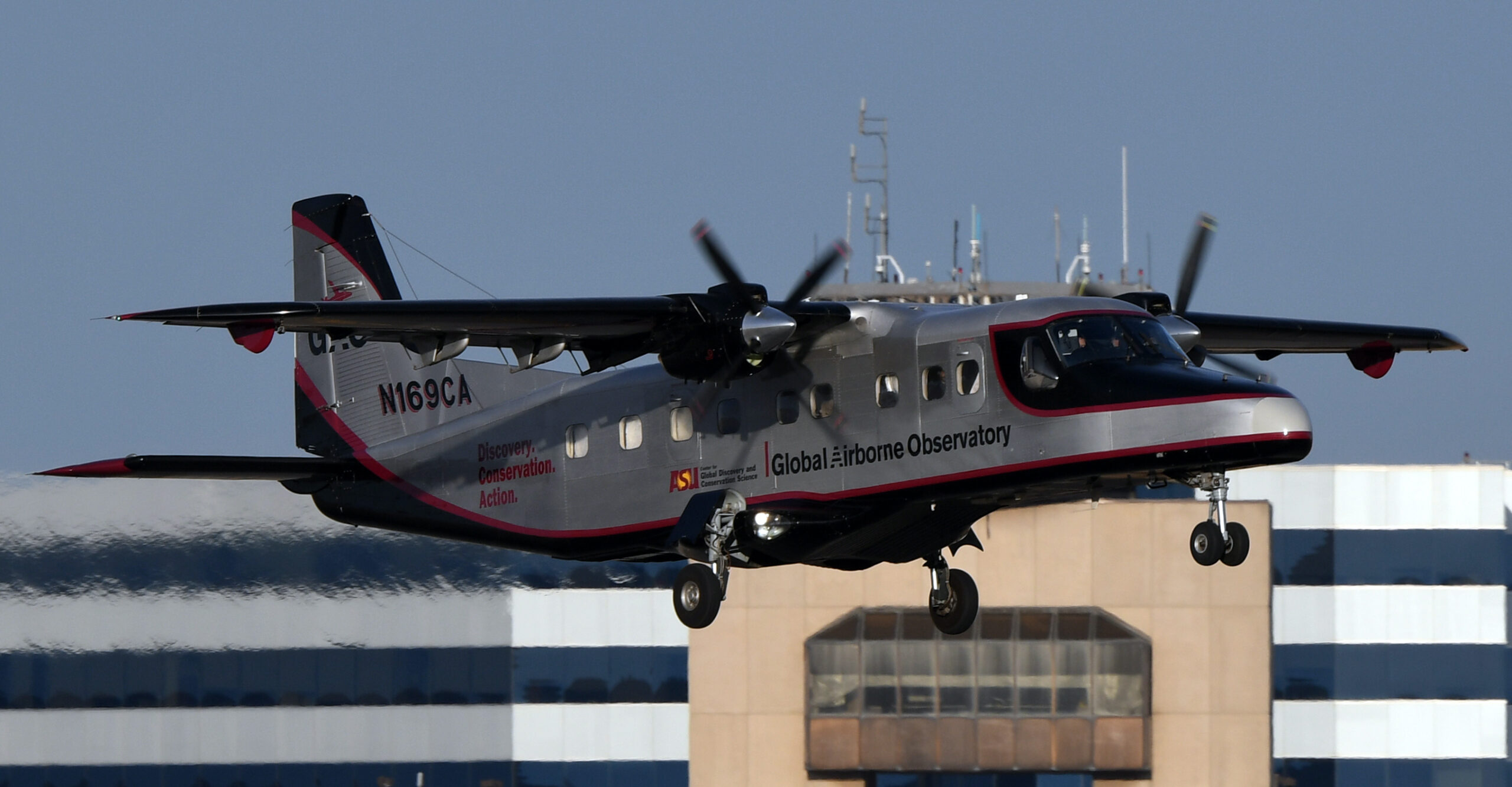 The original CAO was launched in 2006 and has since undergone numerous improvements in both the aircraft itself and in its instruments and computing package, which is called AToMS or Airborne Taxonomic Mapping System. AToMS is now in its fourth generation configuration, with advances in all sensors. AToMS has four integrated remote sensing technologies: (i) High Fidelity Visible-Shortwave Infrared (VSWIR) Imaging Spectrometer; (ii) Dual-laser, waveform Light Detection and Ranging (wLiDAR) Scanner, (iii) High-resolution Visible-to-Near Infrared (VNIR) Imaging Spectrometer, and (iv) High-resolution Digital Imaging Camera. The VNIR sensor images the chemical content of aquatic and terrestrial ecosystems at fine spatial resolution. The VSWIR sensor measures the reflectance of the Earth’s surface in 427 channels from the ultraviolet through the visible near-infrared and short wave infrared, allowing it to measure numerous chemicals in the environment, such as trees and corals. The wLiDAR sensor fires two laser beams that sweep back and forth during flight, imaging the geometry of landscapes including through all vegetation types.

Together, this system collects information on the structural, taxonomic, and chemical makeup of ecosystems and is able to map features on the Earth’s surface in three dimensions, including all terrestrial ecosystems and human-built environments. AToMS can also image coral reefs and other aquatic habitats with spectral detail. Since the GAO is airborne, it can achieve a bird’s eye view of ecosystems, gathering vast amounts of data at a scale humans can’t measure and over many regions that humans can’t reach, such as deep in the Amazon rainforest or the world’s coral reefs.

The GAO has been deployed over a global range of ecosystems—from coral reefs to savannas to rainforests—in numerous countries such as Belize, Borneo, Colombia, Costa Rica, the Dominican Republic, Ecuador, Madagascar, Mexico, Peru, South Africa, and the United States. The data collected has contributed to significant discoveries, such as locating previously undetected illegal gold mining in the Amazon and the world’s tallest tropical tree (294 feet) in the Bornean rainforest. The maps derived from GAO data have directly shaped policy and conservation, such as efforts to track and contain a tree-killing fungus in Hawaii and plans for creating a new marine protected area in the Dominican Republic. The GAO has transformed our understanding of natural and managed ecosystems over large geographic scales to improve conservation, sustainable resource use, and environmental policy.